We need more action to reform how climate finance is raised, directed and accessed in West Africa

Changing the way that climate finance is raised, directed and accessed in West Africa is long overdue. Here SPARC shares what needs to be done.

Much noise has been made at COP27 around the disparity between the urgent need for climate financing and the lack of funding directed to the most vulnerable countries to support adaptation. SPARC research has highlighted this significant finance gap, exacerbated by systemic challenges in the countries that are most in need. These challenges include conflict, instability, low capacity and failing governance. SPARC recently extended this work to West Africa to understand the “climate finance gap” in one of the most vulnerable regions in the world.

At issue is a simple moral calculation: the countries of the West African Economic and Monetary Union (Union Economique et Monétaire Ouest Africaine, UEMOA, in French) are some of the most exposed to climate impacts, while being among the fewest emitters - responsible for only 0.5% of CO2 global emissions and 7.4% of sub-Saharan Africa emissions. To make matters worse, seven out of the eight countries within the UEMOA region are categorised as Least Developed Countries by the United Nations: sharing severe structural constraints to sustainable development and limited capacities to deal with shocks, such as droughts and floods. Despite this, the UEMOA region receives only a small proportion of available climate finance.

Estimates of the cost of implementing Nationally Determined Contributions across the UEMOA region are high: US$79.1 billion is needed between 2020 and 2030, almost equally distributed between adaptation and mitigation (48.4% and 49.9%), respectively, the remainder for dual benefit projects (1.7%). However, climate finance flows to the UEMOA region were only US$3.5 billion (4% of what is required), leaving an enormous gap to be filled.

The small proportion of climate finance that is reaching the UEMOA region is largely in the form of repayable loans (75%), while grants represent only 25% of climate funds. This is problematic as debt adds to the growing budget deficit in the UEMOA region. Debt also tightens the availability of public funds to pay for other needs, such as healthcare, infrastructure, or investments in food security. Moreover, debt instruments place the burden of responsibility for climate mitigation and adaptation on developing countries; countries that have contributed the least to global warming, yet are hardest hit by its impacts.

The gap between public and private sources of finance is also significant. A full 90% of climate finance flowing to UEMOA member states (2020 data) comes from public, rather than private, sources (only US$356 million - a minimal amount - comes from private sources). Too few incentives are available for private money to invest in climate change projects, and what is delivered is generally for clean energy projects, not adaptation. Not only is there a lack of capital, but whatever capital does exist is not being deployed due to the extreme risks involved. Public finance must be used to reduce the risk to private investors. This can be done, for example, by subsidising insurance products, as the work of our partner ILRI has shown in Somalia, Ethiopia and other parts of East Africa.

The climate finance gap is particularly acute for adaptation in West Africa. Clean energy projects financed by debt have a greater likelihood of a financial return due to the revenue generated from selling electricity. On the other hand, adaptation does not necessarily generate income, particularly in impoverished countries. Consequently - as noted in this brief by SPARC partner, ODI - grants are a favourable mechanism to support adaptation. The call for new money is often the loudest, but we believe a great deal more needs to be done when it comes to effectively spending the funds that are already there.

Access to climate funds is also a challenge, which is partly driven by the weak capacity of institutions in the UEMOA. Some ministries have one or two people capable of working on climate finance and are overwhelmed by trying to balance national needs with the administrative requirements imposed by international organisations including the multilateral development banks, the Green Climate Fund and Global Environment Facility. This means capacity building needs to be a core part of the solution. The administrative systems governing finance must also be changed to reflect more flexible mechanisms that are better suited to respond to the scale of the challenge. Planning instruments and country ability to “absorb” finance and manage it are also wholly inadequate in helping to access and mobilise financing, especially at the local level.

So what do we recommend? SPARC’s research provides the following evidenced-based recommendations:

We are aware that these ideas are each challenging and complicated. Yet, as we have seen at COP27 in Egypt, the increasing warmth to paying for “loss and damage”, despite the obvious associated political challenges, is a sign that there is no better time than now to challenge international funding agencies and banks to address key gaps in climate finance.

In SPARC we will continue our work on the climate finance gap. We believe that climate finance holds a great deal of promise to improve adaptation in highly vulnerable states, while centering on the people who need it the most. But, the current system needs rapid reform - backed by courage and political will - to be more effective. 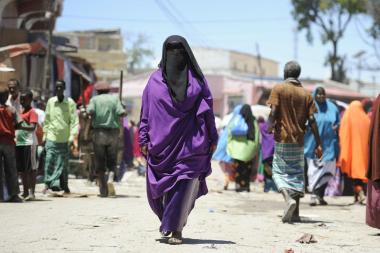 For far too long countries affected by fragility and conflict, like Somalia, have faced obstacles when accessing climate finance. Here our experts share insight into what needs to change and why. 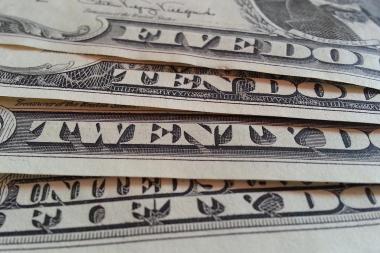 COP27: Climate finance continues to miss many of the world’s most vulnerable

As political leaders, donors, researchers and practitioners gather for COP27, the conference must be a platform to urge for more investment to support some of the world's most vulnerable. 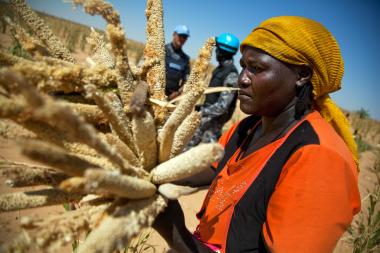 This report examines whether climate adaptation programmes have been conflict-sensitive in fragile and conflict-affected regions, and the barriers to increasing adaptation finance to these contexts.
- We value your feedback about the SPARC website. Please can you take 20 seconds to answer these quick questions?