Innovation for food security and nature in climate-vulnerable drylands

SPARC supports the goals of a new international campaign on ‘Transforming agricultural innovation for People, Nature and Climate’. Find out why supporting innovation in farming matters.

Malnutrition affects one in three people worldwide and there could be more people living in hunger (841 million) by 2030, than there were in 2005.

It’s clear there is a long way to go to reach the Sustainable Development Goal of Zero Hunger and with it, the goal to end extreme poverty everywhere.

That’s why the latest campaign by the Government of the United Kingdom and CCAFS - Transforming Agricultural Innovation for People, Nature and Climate campaign – couldn’t be timelier.

The campaign aims to inject more attention, partnerships, innovation and ultimately finance into delivering nutritious diets, improved public health and sustainable livelihoods for smallholder farmers, in light of degraded natural environments and climate change.  The campaign will inform the World Food Systems Summit in February and the global climate talks, COP26, in November.

SPARC, with its focus on strengthening support to communities in the fragile dryland environments of east Africa, parts of west and north Africa and the Near East, will be signing up to the campaign and ensuring that our research advances the campaign’s goals.

The campaign calls for ‘half of all public investments in agricultural research to focus on innovations that provide new solutions across our food and agricultural systems.’

Specifically, it urges partner organisations and climate champions to commit to:

Here in the SPARC programme, we believe we can play an instrumental role in upscaling support to marginalised and often-misunderstood farmers, agro-pastoralists and pastoralists. Supporting innovation is one of our key strategies for doing so.

We work in places where hunger and poverty challenges seem intractable. In the drylands of east, west and north Africa and the Near East, communities are already vulnerable because of poverty and marginalisation. They face multiple, cascading risks, such as land degradation, climate change, water scarcity, and ongoing conflicts.

Climate change alone threatens livestock productivity through the effects of more frequent and intense heat days, and erratic or changing rainfall on livestock health and wellbeing. Climate change is also widely recognised (since the last Intergovernmental Panel on Climate Change Assessment Report) as already affecting crop yields in sub-Saharan Africa; and is projected to reduce yields of staple crops by 22 percent in aggregate in sub-Saharan Africa by mid-century.

Consider that livestock generate around 54% of the agricultural gross domestic product in the Intergovernmental Authority on Development countries (Djibouti, Eritrea, Ethiopia, Kenya, Somalia, South Sudan, Sudan and Uganda). In Kenya alone, livestock contributes to 42% of nation’s agricultural GDP and 10-15% of its total GDP. In the country’s arid and semi-arid lands, it employs no fewer than 90% of the 7 million people. Agriculture and pastoralism are a key economic engine of growth and stability in many parts of the region, yet they are under continuous strain from natural and human stressors.

SPARC: supporting innovation by – and with – dryland communities

It is not all negative. Over centuries, women and men in the drylands have thrived thanks to their capacity to adapt and manage their ecosystems efficiently. They use new farming techniques, digital technologies and a myriad of other innovative ways to re-invent and modify traditional livelihoods.

The increased frequency and impact of crises challenge them. However, there are ways of working with communities to better cope with crises and increase their resilience to recurring shocks and protracted crises. Indeed, development agencies have an obligation to ramp up their work with local communities to restore the region’s environmental wealth and make dryland areas a crucible for innovation.

This is where SPARC comes in. We are doing applied research that will help development agencies work with farmers, agro-pastoralists and pastoralists to improve their productivity, and so boost their related food, nutrition and income security.

SPARC is assessing innovations that strengthen the resilience of farming and livestock management practices in the context of climate change and conflict.

Specifically, we generate practical knowledge on how to rebuild and increase the resilience of dryland livelihoods (i.e. new innovations) – and we look particularly at how regeneration of natural ecosystems can play a role.

We also invest in research that evaluates existing social and technological innovations. We’ll help establish which innovations have shown proof of concept in one place, and how they may be scaled up or modified for other dryland contexts.

The Transforming Agricultural Innovation for People, Nature and Climate campaign is completely aligned with this vision. Bolstered by contributions such as SPARC’s, the campaign could help secure nutritious diets and incomes for millions of people in these fragile environments in the decades to come.

There is too much at stake in the drylands of the east, west and North Africa and the Near East to leave them out of this year’s vital campaign initiatives and the momentum they will create to 2030. The SPARC programme is delighted to step up and play its part. 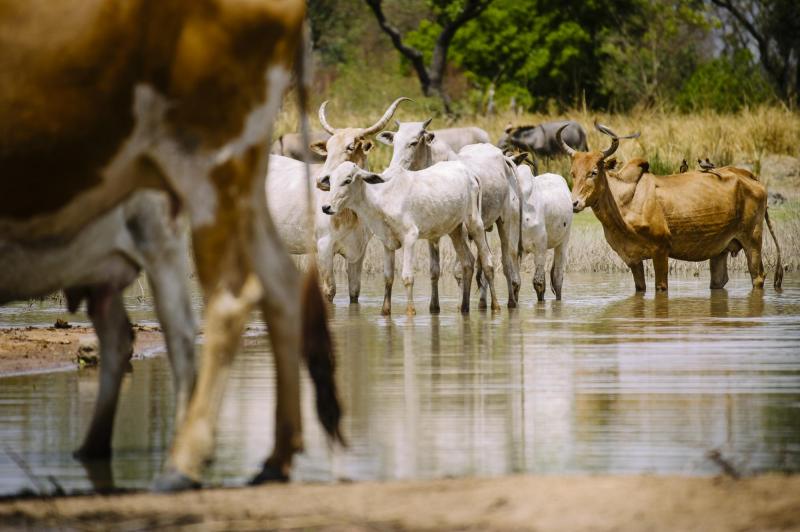 - We value your feedback about the SPARC website. Please can you take 20 seconds to answer these quick questions?