Making the concept of resilience in the Sahel more useful

This brief explore the mistakes being made in how 'resilience' in the Sahel has been discussed and some practical steps that can be taken to make the word more useful.

Let me start with a simple question that I was asked: “If all the resilience programmes being funded in the Sahel are successful, how much will this reduce the needs for humanitarian food assistance if there is another drought?”

We often hear that investing in resilience is better and cheaper than giving humanitarian aid, so when a donor asked me to help them join the dots between resilience-building and humanitarian needs, the answer was clearly important. It would help them, and others, understand what level of investments might be needed, and in what, to reduce food security crises.

The need to end these crises is topical again. The looming catastrophe in the Horn of Africa is likely to be followed by the same promises to support building resilience that followed the famine of 2010-11. This makes it a pressing time to look more closely at the question that the donor asked me for clues as to how this might best be achieved.

Answering the question should have been straightforward, at most needing a “translation” of the objectives and indicators from resilience programmes into the humanitarian metrics of food security. One of the reasons for adopting the concept of ‘resilience’ was to provide a shared objective for people from different sectors - humanitarian, development, climate -  and disciplines, so they could be freed from their silos to work more collaboratively.

It quickly became clear, though, that the assignment would be impossible. After reading more project proposals, monitoring reports and evaluations than is healthy, it had to be acknowledged that there was nothing in any of the documents linking resilience building with people’s ability to cope with a drought in the Sahel. The resilience agenda, far from breaking down silos, was making things worse. I do not of course mean that the resilience projects were making things worse, but the creation of a distinct resilience problem was holding back the potential of investments in three ways.

First, talking in an abstract resilience language - instead of talking about real problems in people’s lives hides the problems, and even obscures the fact that the problems we are told we need to solve just do not match reality. Although we constantly hear that ever-increasing droughts are making people ever more vulnerable in the Sahel, people are living longer in every Sahelian country, poverty has been on a downward trend for years, malnutrition is down – and the rainfall over the past decade or two has been getting better and better. But, why let facts get in the way of a good aid narrative?

One resilience programme began by identifying the causes of vulnerability, which included water scarcity, access to land and high birth rates, but then quicky translated this into generic ‘resilience-speak’. The objectives now became increased access to basic services through community-led development and better DRR through systems strengthening. This translation makes it harder to connect with conversations going on in the real world about different causes of poverty, looking at poverty trends, state policy on agriculture or trade, the use of oil revenues, land tenure or anything else that might cause people to struggle to cope with droughts in the Sahel. As a result, resilience programmes find it harder to learn from the successes and failures of decades of policy changes and investments. For example, you might think it would be relevant to understand why food production in Mali soared in the past decade or so, but this does not appear in any of the resilience documents.

Second, the language of resilience itself comes with baggage. Problems are made technical, and an ‘individual blame’ model is the norm. The challenge is presented as vulnerable people lacking capacities, implying that the vulnerable people have the responsibility to change if they are to become resilient. Yet we know very well that the problems lie mainly in the local economy, with inequitable land tenure regimes, unequal gender relations and unresponsive governments (i.e. a ‘system blame’ model is more useful). Working at community level has its place, but that is rarely where the heart of resilience lies

Third, a theory of change that is written in ‘resilience-speak’ is not a real theory of change at all. Change happens - and is contested - in the real world. It must be analysed by looking at the concrete problems that people face - about water, land, food, jobs, the burden of unpaid domestic care, etc. If we only think about trying to increase the number of their adaptive or absorptive capacities, it is impossible to test assumptions about how access to land, water food and jobs can be improved, or to learn about what works, for whom and why. Neither is here is any possibility of understanding how far resilience-building can help people to cope with droughts in the future without needing external assistance.

Resilience efforts need to be working to a plan, but a ‘resilience approach’ makes it impossible to have a plan that can work at scale, because it insists on what might be called the Seurat-approach to building resilience, creating a picture of resilience by painting a series of dots, making each household and each community resilient, one at a time. Instead of asking about resilient communities, we need to ask what a resilient Sahel might look like. But this is not a question that I have seen asked, or answered, in the resilience sector.

An answer would require thinking about issues that cannot be framed in the current resilience language. To achieve economic security for all, how much of the economy of different countries is likely to depend on agriculture? How much of the economy is likely to come from exports? To achieve maximum productivity and maximum poverty reduction, how much agricultural investment should be in irrigation? How can women’s land rights best be protected to ensure their economic empowerment and how is such gender transformation to be achieved?

We all have a role in transforming resilience analysis

The question that the donor asked me must be answered, if governments and their partners are to know collectively how to invest resources. We can all play a part in making the critical shift needed. We need to recognise that resilience is not a sector or a silo; it is an objective that many people from different backgrounds are all working to support.

We need to insist that we invite people from a wide range of disciplines into our thinking, and we have to make sure that we speak a language that we can all understand. We have to call out when we see an analysis that is generic and abstract, and not grounded in the real life challenges that people face and in the country-level factors that shape them. We also have to be frank about unrealistic promises. A few projects spending just a few hundred million dollars are not going to transform an entire region in a few short years.  But if we get the conversations right, they could make a contribution. 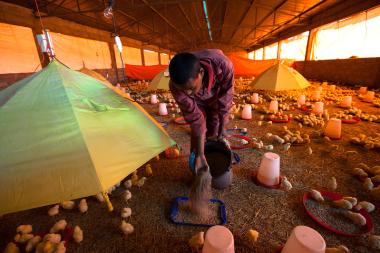 We need to talk about resilience

How re-thinking how we understand 'resilience' can spur climate, development and humanitarian actors to work together to support people in the Sahel facing complex, multiple challenges. 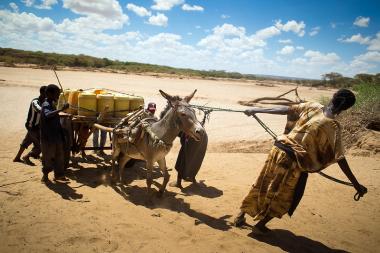 Living with certainty: pastoralists grapple with drought in Horn of Africa

Pastoralists in the Horn of Africa respond well to different kinds of uncertainty. While this drought’s outcomes remain uncertain, it’s clear the months ahead will be difficult for the majority.