The war in Ukraine is helping to push up food prices globally. SPARC Executive Director Mark Redwood discusses how we can support pastoralists in Africa to build their resilience to shocks.

The Russian invasion of Ukraine is having a devastating impact on the Ukrainian economy. But it is also impacting the economies of other countries, particularly in Africa, through price increases of agricultural supplies, food products - including wheat - and oil. To varying degrees, some of the most affected countries in Africa, including Burundi, Djibouti, Ethiopia, Mali, Sierra Leone, Sudan, are experiencing the compounded effects of rising food prices against a backdrop of climate emergencies, conflict and fragility.

SPARC is rapidly pivoting its work to understand the long-term implications of higher food prices. Recent analysis we carried out looked into policy options to address food security in potentially vulnerable countries. I discussed the main findings of this study and the broader global food security context during a recent roundtable hosted by Canada’s International Development Research Centre (IDRC). There will undoubtedly be serious impacts on the poor as food costs rise, made worse by the Indian government’s recent policy to cut wheat exports. Governments will need to address this through safety net programmes, including targeted cash transfers to farmers and pastoralists in Africa.

Price increases can create opportunities: lessons we can learn

However, some opportunities may also arise. High prices can lead to benefits for some farmers and pastoralists if they are able to take advantage of these increases. How traders, private firms, farmers and pastoralists adapted in the face of Covid-19 can provide us with valuable insight. In 2020, the Hajj was cancelled - a needed response to prevent the spread of the virus. SPARC carried out some research on what this meant for farmers and pastoralists in East Africa, many of whom supply food (meat) to the millions who travel to Saudi Arabia for the annual religious pilgrimage.

As a result of the Hajj cancellation, the bottom dropped out of the meat market in East Africa because a lot of meat is shipped from Somalia, Ethiopia, Sudan and other countries across the Red Sea to Saudi Arabia. The market response was quick and impactful. Private firms and traders, together with farmers and agropastoralists, helped to adapt to the challenge by diversifying production, helping to raise the output of foods that were in demand in domestic markets.

In other words, this crisis is a useful reminder that high prices can also be an opportunity for some parts of the economy. How can this opportunity be leveraged to build resilience and support consumers and producers?

First, it is time for donor agencies to renew investments into food security programmes, especially those with a preventative bent. As the literature on anticipatory action is increasingly showing, effective use of forecasts, scenarios, and anticipating what actions might be required can help deliver significant long-term benefits. Such adaptive measures can include crop planting cycles, understanding the crisis calendar and adjusting accordingly, diversification, and adapting consumer behaviours to shift towards more locally-produced foods.

In other words, this crisis is a reminder that agriculture programmes remain a fundamental part of aid. This is especially true for those that target disadvantaged groups within the food system, such as women, children, the elderly and the most vulnerable. SPARC, together with the International Development Research Centre, is supporting research on the specific impacts on women and children in Nigeria and South Sudan.

Second, reinforcing local production of local foods can help to insulate countries from distant conflicts and the resultant trade and production disruptions.

Most of the commodities affected by the ongoing war in Ukraine are essential imports for many African countries. However, there is an opportunity to replace them by encouraging more production of local native grains and foods. For example, Mali has been very successful in raising the production of local staples - rice, millet and sorghum – thereby reducing its dependence on imports. Being less reliant on imports means having a more resilient domestic food system provided the right social protection systems are in place to ease the impact of lost imports. It can also mean having more sovereignty over food production.

Trade and regional integration across the African continent, alongside the development of local markets and more local food production, can help the most vulnerable countries to build long-term resilience in the face of food price increases. More regional food production in Africa can help to ensure predictable supplies and cushion future price shocks.

One ‘success story’ is the development of Tanzania’s agricultural sector over the past three decades. The growth in the sector has led to greater prosperity for some of the country’s smallholder farmers, while also providing neighbouring Kenyans with high-quality agricultural goods. Tanzania has, for example, expanded its agricultural production into areas that were not formerly used for agriculture thereby increasing yields. This can serve as a model to emulate in other contexts where land with agricultural potential exists. 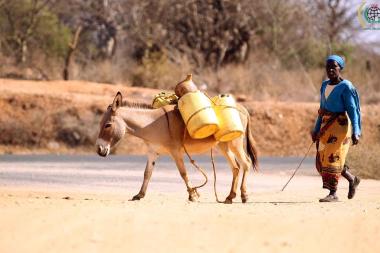 Reflecting on how drought has affected the livelihoods of pastoralists in the Horn of Africa, and looking forward. Read more here. 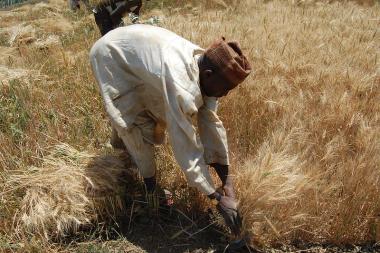 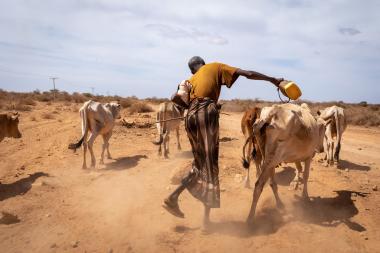 Obstacles to and opportunities for anticipatory action in Somalia

This brief is the second in a series highlighting learnings from a longitudinal study on anticipatory action in Somalia.